ith over 150 years of experience, Union Fish Company is one of the oldest seafood companies in the United States. We are proud of our history, but our true satisfaction comes from the long-standing relationships we’ve built with top quality seafood packers around the world. These time-tested relationships allow us to bring the best frozen seafood available back home to supply a vast array of diversified food distributors and seafood wholesalers around the country.

View our Photo Gallery to see historical photos of our company. 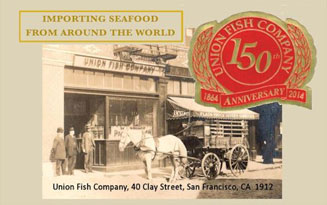 Union Fish Company’s origin in 1864 centered upon Thomas McCollam and his successful efforts to finance and outfit his schooners, the Wild Gazelle and Flying Mist as part of a six vessel cod fishing trip to the Sea of Okhotsk, north of Japan. The thousands of tons of fish that were brought back by these vessels was traded by McCollam who later set up curing stations to salt and dry the fish on Belvedere Island in the San Francisco Bay, across from what is now Sausalito. McCollam, who brought in partners to increase capital in the early years, called his company McCollam Fishing and Trading Company.

In addition to cod fishing, the company’s vessels carried provisions to Alaska and often returned with both fish and furs. In 1874 Thomas McCollam established a cod fishing station at Pirate Cove on Popof Island’s north coast in the Shumagin Islands group in the Aleutian chain, SW Alaska. The fishermen that worked the unfriendly waters of Alaska in small dories along with the individuals, both men and women, that manned the shore stations, were true pioneers. In the 1890’s, McCollam merged his company with another pioneer in the industry, Lynde and Hough, giving the company a total of nine salt cod fishing stations in the Aleutian island chain. The Belvedere processing plant became known as Union City and the newly expanded operation referred to itself as “Union Fish Company.”

Fire has greatly transfigured the history of the company. The fire that grew out of the great San Francisco earthquake of 1906 burned down the company’s office building. The company then moved to Clay Street in San Francisco, where the Embarcadero Center now stands. In 1936, a fire burned the Bristol Bay Packing Company in Alaska down to the ground. This was the last cannery the company owned in Alaska. A 1937 fire in the Belvedere plant closed it down forever. That signaled the end of our sailing vessels, as it was our primary port and we lost irreplaceable ship supplies. As a result, the last two schooners were sold off, one to a movie studio, the other became bohemian lodging along the Sausalito waterfront. The company then focused on marketing Canadian salt cod, exporting products to other countries and heavily servicing the islands of Hawaii. 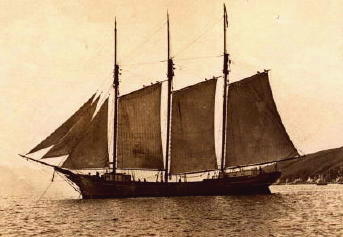 In the 1970’s and 1980’s, we were a significant domestic trader of seafood products. Much of this product was Alaskan and our export activities were good. Our only imports were Canadian products. Supply of most of our products, even though frozen or cured, was seasonal. In some cases we were able to anticipate off-season demand and “put away” products for our customers’ use during the off-season.

Two major factors changed our company substantially; first, foreign interests started heavily buying up our USA fishery sources and drastically reduced the opportunity for export trading. The second factor was the revolutionary spread of the use of the fax machine, which made it extremely easy for end-users to locate and make contact with primary suppliers. The role of the middleman was disappearing. We were fortunate that under the leadership of Stanley L. “Butch” Cocks and his father, the company changed its primary focus to one of an importer. The concept of having seasonal products year-round by using various geographically separated sources of supply coupled with better handling and freezing techniques made this possible.

Charles Cocks became active in the management of Union Fish Company in the 1890’s. By the 1930’s, the family had taken over the company in full. The company operated for 100 years under the leadership of Charles Cocks, Stanley L. Cocks Sr. and Stanley L. Cocks Jr. Through the generous actions of the Cocks family, the company was turned over to its non-family employees in October of 1999 under an Employee Stock Ownership Trust led by former President, Kenneth T. Hild. After 25 years of commendable service and leadership, Kenneth T. Hild retired March 2009. The company is still an ESOP, now operating under the direction of current President, Scott J.B. Smith.